November 05, 2017
At the local community theatre where I act, a lot of people know that I'm very keen on role-playing games. I've been promising to run a game for a while, and so when the last production wrapped up, I decided that it was time to make good on that promise. I organised a group of people, and set up a game for them! I gave them a number of options as to what sort of game they wanted, and the winning option was Dragon Princes, a work-in-progress setting for Dungeons and Dragons that I created a few years back for a short-lived store campaign.

What is Dragon Princes? In the Italian Renaissance-inspired land of Tirenia, the princes of wealthy city-states intrigue against one another for power and glory. But these princes are dragons, who have conquered humanity. They have destroyed many of their ancient enemies, and the church, once the world's greatest defender, is now their corrupt and self-serving cats-paw. However, not everyone accepts the rule of the dragons, and the ever-growing Humanist movement seeks to overthrow them.

In our first session, I had everyone over for dinner and we did character creation. The players decided that they wanted to be the children of the noble but impoverished House Benicio in Vanzenia, the home of the red dragons. And as they created their characters, I started spinning all the elements together to come up with an outline for the plot, an outline that we will fill in together. This is the story of our game! 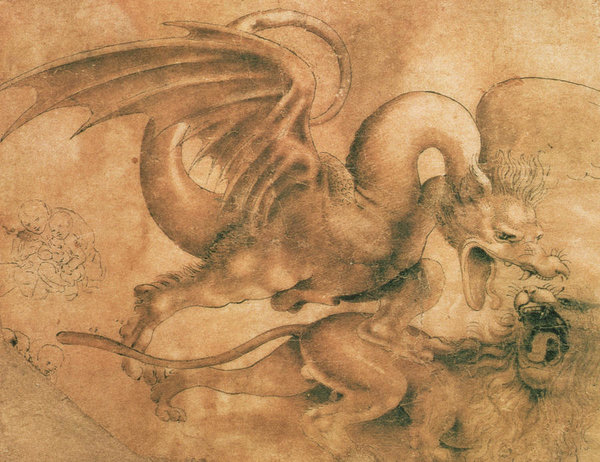