Showing posts from April, 2019
Show All

Book Review: The Phoenix of Florence by Philip Kazan 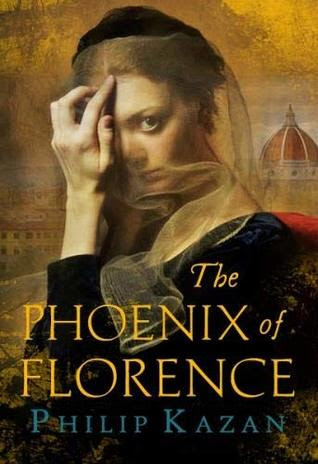 I often feel like there's three genres of historical books. If it's for men, it's a war story; if it's for women, it's a romance. If it's for everyone, it's a murder mystery. The Phoenix of Florence  starts off as a murder mystery. Onorio Celavini investigates the brutal murder of a serial seducer and his latest mistress in Renaissance Florence, but soon the investigation starts to feel personal. About a third of the way through, there is a massive revelation about the character - so massive I wonder if it should have been revealed on the back of the book, because it's what the entire rest of the book is about. The middle third gives us Onorio's backstory, and the final third wraps it all together. It's also at this point that the genre changes: ultimately, this is an action novel with a fairly straightforward revenge plot. I can't help but feel that this book is inspired by  A Song of Ice and Fire.  Its main character seems highly inspired
Post a Comment
Read more The seven siblings had returned to Vanzenia at dawn on the last day of Carnevale. This was the day that Silvia Franco's plot was destined to come to fruition. Already they could sense the increased magic flowing about them due to the lunar convergence - the magic that Silvia would doubtlessly try to use. They were now sure that Silvia must have possessed dozens of people to be able to remain in Vanzenia, and that she next intended to possess the Saint and use her powers for evil. The di Benicios knew that if they were going to stop Silvia and rescue the young saint from her clutches, they would need help. Antonio Rossi, Saint Maria's bodyguard, would be useful, but they did not know where he was, and doubtlessly where he was, Silvia would also be hiding. They did not want to reveal to her that they were alive yet. Adrianna's foster-father Paolo, who they now knew was secretly a brass dragon, could be a powerful ally as well. But he had gone to ground out of fear that his
Post a Comment
Read more

After the battle with the Red Plumes, the de Benicios returned home and had a much-deserved sleep. When they awoke, it was past noon on the next day already, and Luigi told them that an unknown visitor had come to see them while they slept, and promised to return later. He left only his crest: the sign of Gianetta's secret police. The siblings realised that this must mean that their mission to attack Carnelio's manor and steal the aboleth was about to happen. Before the stranger returned, the de Benicios decided to recruit new allies. They went to visit Aksil, the cat-man mercenary. Aksil was still recovering from injuries sustained the previous day. He told them about how the attack on the mercenary compound had gone wrong, as the Red Cloaks had rallied and counterattacked much more quickly than had been expected. Once he realised that the mission had failed, Aksil gave the order to retreat, and was wounded during the withdrawal. Now he had been replaced as revolutionary ge
Post a Comment
Read more
More posts