June 30, 2019
Gatto and Barzilai discussed their next move over an anchovy salad and a flask of white wine at a local taverna. Barzilai scraped his anchovies on to Gatto’s plate. They now believed that during the last month before his murder, Michele di Lodovico had been engaged with a new art project, which was being unveiled tonight. That could not be a coincidence. And they both had a feeling that there was something happening at the cathedral that Fra Gottifredo and Fabrizio were keeping secret.


In the stifling midafternoon heat, the two sbirri headed to Michele’s workshop. It was a large two-storey house in the nicer part of town, with the workshop downstairs and the living quarters upstairs. The door was answered by an extremely handsome man with red-rimmed eyes: Tommaso di Cecchino, Michele’s model, business manager and partner. He had just heard the news of his lover’s death. Gatto and Barzilai asked him about the last month of Michele’s life, and Tommaso told them everything he knew. A month ago, Michele had returned home unexpectedly, because all the work on the dome had been called off unexpectedly. He said that they were all being paid to stay away from the cathedral for the next few days. But Michele seemed distracted, and ever since then he had neglected the cathedral and began work on a secret project, with no commission. He refused to tell Tommaso anything about it, but had quarrelled with him over the funding, before asking him to arrange the venue and the reception, and promised that everything would be revealed that night. However, he did not need any help moving the art from the workshop to the villa. Tommaso also told them that Michele’s workshop had been broken into a few days ago, but Michele had seemed not to care, and said that nothing had been taken. Tommaso also told them more about the rivalry between Michele and Bartolomeo. The two artists went out of their way to one-up each other, and would try to steal commissions from each other. Tommaso gave Gatto and Barzilai an invitation to the event and asked them if they thought that the killer might be there. When Gatto conceded that it was possible, the man’s hand strayed absent-mindedly to his dagger. There were now a lot of people looking for Michele’s killer!


Something had happened a month ago during the construction of the dome. Perhaps something had been uncovered - something that Fra Gottifredo did not want anyone to know about. The workmen had been sent home while the priest arranged a cover-up, and the foreman Fabrizio and the other workers had been sworn to secrecy. But Michele had clearly found, or seen something that had inspired his new project, and must have led to his death. The two decided that they would have to go back to the cathedral and investigate further. Barzilai theorised that perhaps the workers had uncovered a walled-up vault, but when he walked around, he could not see any sign of where it might have been. Too much work had been done since then. The sbirri then went and talked to Fabrizio, the foreman. He admitted that they had found a walled-up vault a month ago, but he had not seen what was in there himself. Michele had gone in while someone fetched the priests, who sent everyone away.


Fra Gottifredo was the only person who knew what was in that vault. Gatto and Barzilai hurried to his quarters, where they were turned away by a junior priest: Fra Gottifredo was at his dinner, and would not be interrupted. They ignored his protests and barged past him anyway. The priest paused, cutlery in hand, and looked up from his roast quail. “What is the meaning of this?” he shouted. Gatto snatched his quail from him. “Tell us what you know about the vault the workers uncovered!” he demanded, and took a bite of the quail. Massively impressed by Gatto’s cocksure attitude, Barzilai grabbed Fra Gottifredo’s wineglass from the table. “What did Michele find in there?” he asked, taking a swig. But one did not get to be the head priest of a city like Fiumenze without being able to deal with intimidating bravos. “Get out! Get out at once! The gonfaloniere is a friend of mine, and he will be hearing of this!” he snarled. Gatto and Barzilai’s gambit had failed, and so they beat a hasty retreat - but took the quail with them.


There were long shadows in the street as the two hurried from the cathedral. The sun was starting to set, and the oppressive summer heat was starting to cool. It was time for Gatto and Barzilai to go to the villa where Michele di Lodovico’s posthumous exhibition was being held. They only had time for a quick dinner first. They reached the villa after a short walk and presented their invitations to the man at the door. Inside the central courtyard, the guests were mingling. In the middle of the courtyard, a curtained-off area indicated where Michele’s final work of art was hidden. Tommaso thanked them for coming - he seemed distracted, and had a long knife at his hip. Among the other guests, Gatto and Barzilai saw Antonia Ficino and Fra Gottifredo, along with his delicate-looking assistant. A passer-by whispered to them that the assistant was actually Gottifredo’s latest catamite. There was also a dwarf, who looked out-of-place and uncomfortable in the crowd. Barzilai recognised him as Jeraboam, the moneylender. They went over to talk to him. Michele had acquired a sizeable loan from him to finance the artwork, and had managed to sweet-talk him into giving the loan by implying that the project, even though it had no patron, would make him fabulously rich. Now he was wondering if he would get any return at all for his investment.


Tommaso rang a small bell, calling the guests to attention. Blinking away tears, he spoke. “Thank you everyone for coming here tonight. I’m sure that Michele would have had a few would to say, but I… I will let his art speak for him.” He seized on a rope, and pulled down the curtains, revealing a statue. It was a breathtaking work: almost seven feet tall, it was a nude young man (clearly modeled on Tommaso) in perfect physical health. The work was so lifelike that the attendees gasped in wonder. Veins seemed to ripple under the skin, and the sculpted musculature and the careless contrapposto of the stance were flawless.


And then the statue moved. 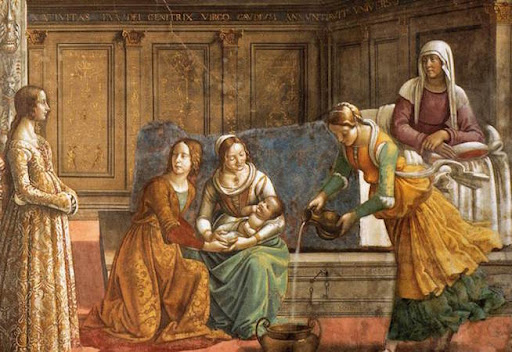 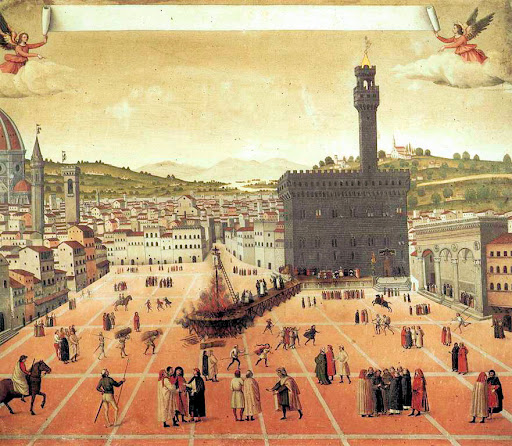