November 09, 2019
Auromia has been an important city for thousands of years. During its time as the heart of the Auromian Empire and the Salvationist Church, it has been enriched. There are many famous monuments, arches, pillars, churches, temples, and other beautiful buildings. Most of these are now in ruins. Here are some of the most famous buildings of this historic city:

The Golden House - This immense complex was the Imperial Palace, as well as the administrative and religious centre of the entire Auromian Empire. After the death of the last Gold Emperor, the palace was looted, before being ceremonially destroyed by the Church. Its ruins were left intact as a sign of the transfer of power.

The Seven Palaces - The oldest members of the Imperial Family each had a symbolic religious role, based upon the old pagan deities. Each one had their own compound upon a different hill in the city, from which they commanded their orders of knights. Upon the fall of the Empire, most of these palaces remained as the headquarters of the chivalric orders, who had now converted to Salvationism and became known as the Knights Austere. When the Church left Auromia, some of the Knights Austere abandoned their ancient strongholds, while others remained. When the Knights Austere were disbanded, the palaces were destroyed.

The Great Arena - The Great Arena was built to provide entertainment by the Gold Dragon Emperors. This massive circular stone edifice, which could fit an estimated 100,000 people, was modelled on the amphiteatres of the south. It was used for public spectacles: theatrical performances, re-enactments of important historical events and religious ceremonies.

The Basilica di Santa Simaria - Santa Simaria was one of La Salvatrice's disciples, and the first High Ordinarch. This grand church was the heart of the Salvationist church , with a grandeur to match. However, its greatest treasures were removed when the High Ordinarch abandoned Auromia, and looters stole what treasures remained.

Castello Sant'Adriano - This castle was originally constructed as a tomb for one of the Gold Dragon Emperors. It was converted into a castle and prison, and became the headquarters of Auromia's garrison. The famous Ziguran Guard, the gnomish protectors of the High Ordinarch, were based here as well. 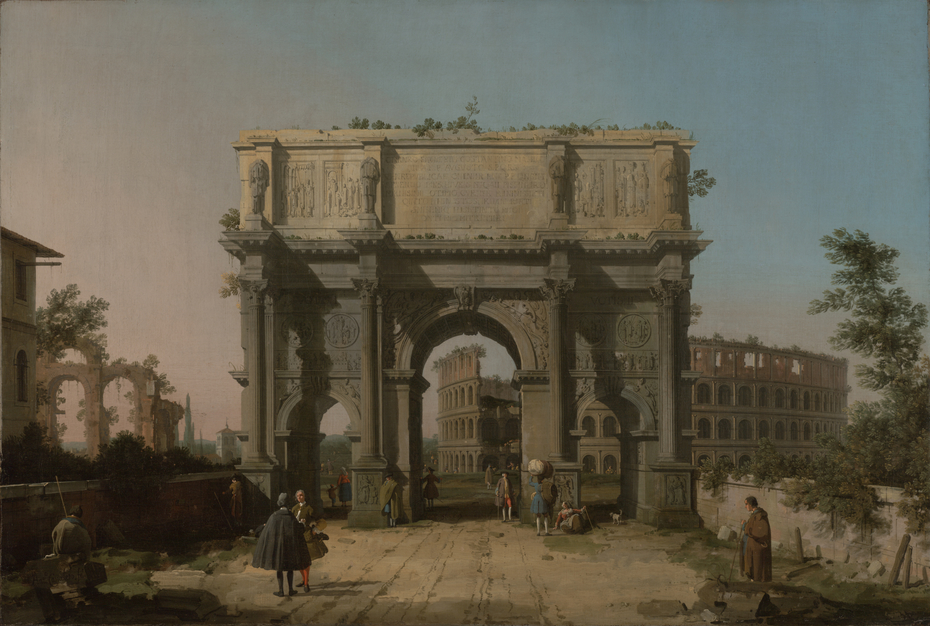 Image: 'View of the Arch of Constantine with the Colosseum.' Giovanni Antonio Canaletto, 1742.
Cities