June 18, 2020
Ascia is located in the middle of Tarchania, east of its rival Fiumenze. According to legend, the city was founded by Ascio, a patrician fleeing from Palladia. It grew rapidly after the fall of the Auromian Empire, when it became an important trade route as part of the Tarchanian League. The city became rich from the wool trade, and from pilgrims on the way to Auromia, although these gradually dried up as the High Ordinarch moved to Aterni. The city became the seat of a different branch of the blue dragon brood from Fiumenze. Following the collapse of the Tarchanian Marches, hostilities broke out between Ascia and Fiumenze. Despite being greatly outnumbered, the Ascians managed to inflict a heavy defeat upon the Fiumentines in the Battle of Berardenga in 784 A.S. This was the city’s proudest moment. Its influence spread until the Great Death, when the population dropped from 120,000 to only 25,000. Alongside this massive drop in population, the city also underwent political upheaval as its citizens lost faith in their leaders. The city passed briefly under the control of the bronze dragons of Genoa, before coming under the control of a secondary branch of blue dragons in 1012 A.S. who were fleeing Fiumenze after their role in an attempted coup. An enmity exists between the two cities, which is expected to escalate into open warfare imminently.

Government: Ascia has been a republic ever since the dissolution of the Tarchanian Marches. However, it is not a very stable government, and has been overthrown and reformed many times. At present, the city is ruled by a council made up of one elected representative from each contrade. The blue dragons are ‘guests’ of the city, although their great wealth means that they can afford to bribe the council to act in their favour. Ascia also controls a large amount of countryside outside the city, which gives them the resources necessary to continue their enmity with Fiumenze.

Economy: Ascia’s economy has the potential to be almost as good as Fiumenze’s, but that ‘almost’ is all the difference. The Merciful Bank of Ascia is older than the di Fisici Bank: it was, originally, a charitable bank organised by the Church. However, it could not afford to compete with its more cut-throat competitor. The city is not situated on a major Auromian road, meaning that its markets do not have the same traffic that Fiumenze’s have. As a result, Ascia gradually lost its share in the lucrative wool trade to Fiumenze. The city relies upon being the centre of economic activity in southern Tarchania, but cannot compete upon a national or international stage.

Religion: Ascia has always been devoted to Chiara, La Salvatrice. In times of need, the city ceremonially gives itself into her care, such as before the Battle of Berardenga. Its patron saint is Sant’Ambrogia: she was born a cripple, but was cured by a holy miracle, and so her shrine is a popular pilgrimage site for the disabled, who present themselves there on her holy day in the hope that they, too, will be healed. Ascia is the birthplace of Sister Catia, who many call a living saint. She was a noble, who defied her family to devote herself to the Church. She currently travels throughout Tirenia, accompanied by her female followers, to preach submission to il Divino and the Church.

Geography: A walled city atop a hill, Ascia is divided into fifty-nine different districts, or contrade, each named for a different animal. Each contrada was originally established to supply a regiment for the city’s defence. The city now relies upon mercenaries instead, but the contrade maintain their unique heraldry, their alliances and their rivalries. Each contrade currently acts similarly to a guild, in that it has control over one or more particular industries and regulates it within the city. The contrade also have historic alliances with other cities throughout Tirenia.

Culture: The most famous event in Ascia is the annual Palio, a series of games and contests between the different contrade. The events are held in honour of the city’s patron Sant’Ambrogia. After a parade, different combative events are held: the pugna, a free-for-all brawling match, jousting, and most importantly of all the horse races. The horse race is the most prestigious event of all, and so the stable masters of each district are among the most respected citizens. It is believed that good luck smiles upon the winner of the race, so it is not uncommon for underhand means to be attempted to sabotage a promising rival. The prize is an immense banner, the palio for which the event is named, which has the image of Sant’Ambrogia upon it.

Ascia is also famous for its confectionery. Notable examples are panforte, a fruitcake, noto, a honey and almond sweet, riciarelli, an almond paste biscuit.

Esoterica: Under the city of Ascia stretch over thirty mile of subterranean aqueducts, called Bottini, which supply water to the city wells. The Contrada del Ratto dwells down there, an underground society of ghouls and vampires. Disabled pilgrims who are not healed by Sant’Ambrogia are sometimes approached with an invitation to visit the secret Contrada and put their case to the council there. Those whose stories elicit sympathy are welcomed into the fold, and can cast off their mortal disabilities. Regardless of whether they are welcomed or not, no petitioner ever leaves that lightless labyrinth.

Politics: The internal politics of Ascia are a constantly evolving roil. The politics of the city are determined by the alliance of contrade that is dominant at any given time. It is usually an ally of Staglia and an enemy of Fiumenze. It has found itself threatened with excommunication by the High Ordinarch several times, and only remains on good terms with the Church through careful diplomacy.

Future Developments: Further fighting between Ascia and Fiumenze is inevitable. While the Ascians pride themselves on old stories of their great victory at Berardenga, the Ascians are simply unable to muster the manpower or the funds to hold off any serious attack by the Fiumentines without outside assistance. This is most likely to come from the bronze dragons once more, which may in turn bring their great rivals, the green dragons who are behind the Church, to Fiumenze’s side. This long-time feud could become a powderkeg that threatens to destabilise all of Tirenia. 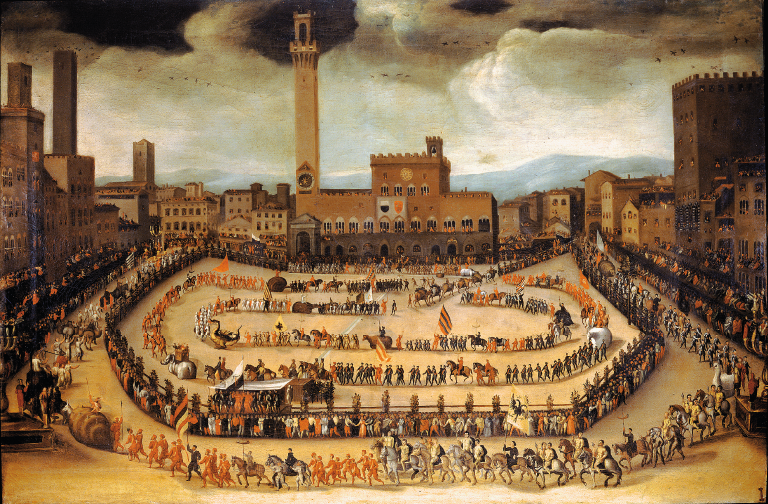 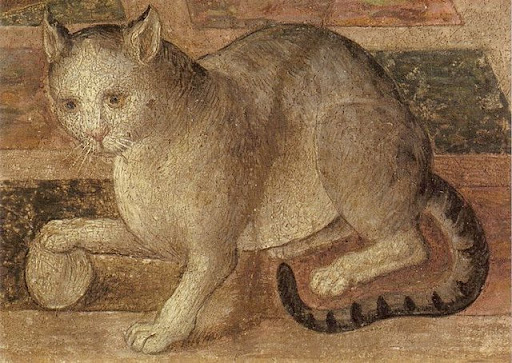