Showing posts from November, 2017
Show All

The History of Tellaia: The Fall of the Auromian Empire and the Coming of the Prophet 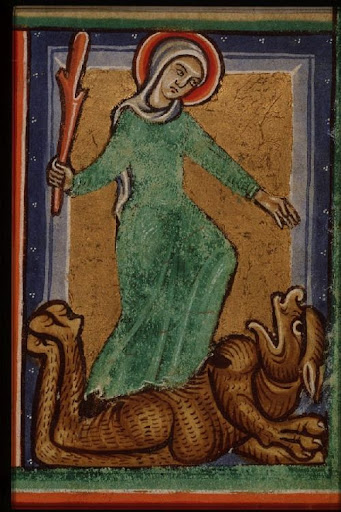 It was the custom of the gold dragon emperors to retire upon reaching a certain age, and to become an adviser to the next Emperor. Dragons increase in strength and potency as they age, but the weight of years catches up with them in the end, crippling them physically and mentally. But the final Golden Emperor delayed his retirement. He had led the Auromian Empire through great challenges in his life, while his children had known only peace and did not have his experience. And so he remained on the throne, and did not notice the onset of senility. As enemies gathered on the borders, led by the evil dragon broods, the Golden Emperor saw treason within his own brood. He turned on his own family, destroying them. At the same time, he became obsessed with erecting a series of megaliths around the world. The Emperor abandoned day-to-day administration to focus on this task. As the situation deteriorated, rebellions broke out throughout the provinces. The massive cost of the megaliths,
Post a Comment
Read more 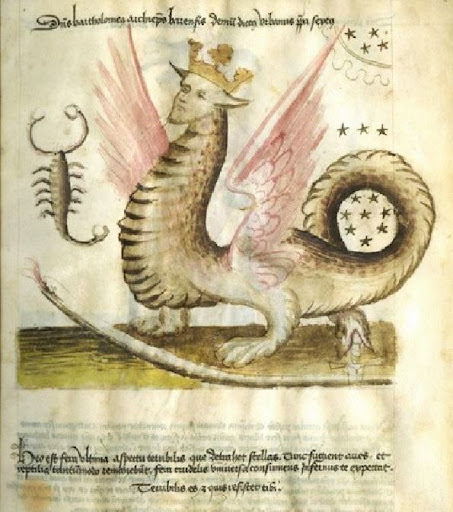 In central Tirenia, during the time of the giants, a fire giant called Cacus enslaved the humans of Pallantia. He used them to make war upon a nearby brood of gold dragons. The dragons defeated the fire giants and freed the Pallantines, and remained with them as protectors. Over time, the gold dragons became the rulers of Pallantia: they were more intelligent and more long-lived than the humans, and so could rule the Pallantines better than they could rule themselves. This was the beginning of the Auromian Empire. Other peoples joined the Empire as the result of warfare or by inviting the dragons in. The dragons knew and regretted the consequences of their imperialism upon the conquered people, but justified it by considering the long-term positives. Other metallic dragons allied themselves with the gold dragons: in particular, the bronze dragons became the leaders of their armies. The reign of the Auromian Empire was a time of great prosperity. The dragons were benevolent rulers w
Post a Comment
Read more 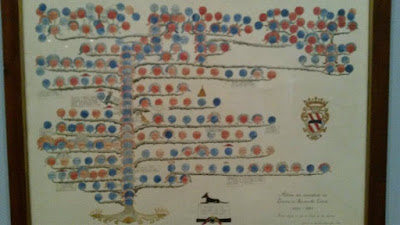 Yesterday Claire and I went to the Auckland Art Gallery to see the Corsini Collection. It's amazing and I cannot recommend it highly enough. The art is incredible, and it's amazing to be able to see individual brush-strokes on the canvas from 500 years ago - it really connects you to the past. Seeing it as one family's collection also adds to the atmosphere: there are paintings throughout of members of the Corsini family, and you get to see their stories: it really makes them come alive. Here are some pictures that we took from the collection that we felt were particularly interesting from Dragon Princes (or that we just liked a lot!) There's a lot more amazing art that we haven't got in pictures. The Corsini family tree Detail from the Corsini family tree: a dedication to all their pet dogs. Naso is in fine company! A door hanging with the Corsini crest on it. We should come up with the Benicio crest! Florence, by the banks of the Arno Ri
Post a Comment
Read more 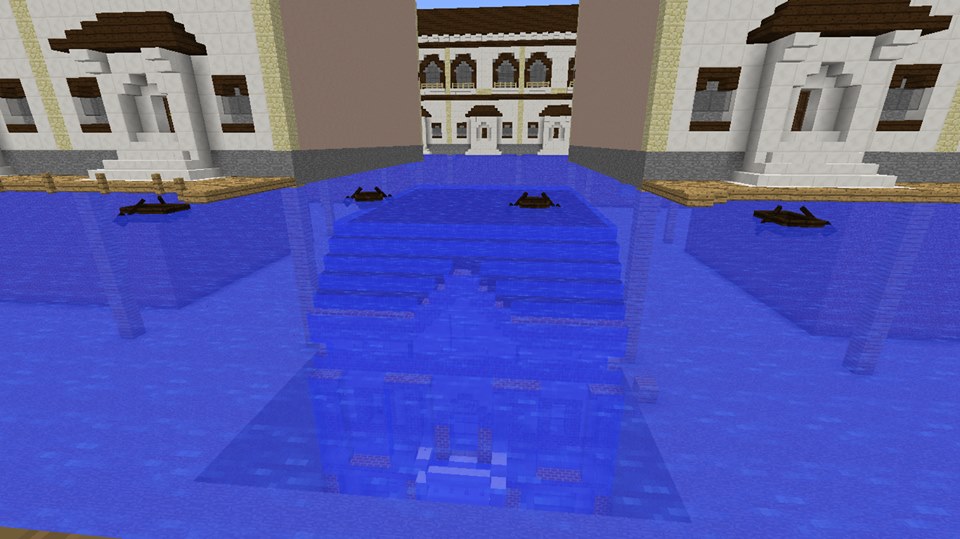 Via's player is still making our adventures on Minecraft! Here are some pictures from the second adventure. I'll update this post as she completes more of the city. Ca'Benicio at the bottom of the canal Chiara's antique flood-proof bed  Crossbowmen closing in The canal Building facade on one side of the canal Small alleyway at night-time The clothes-shop where the family hides from assassins, from the outside   Interior of the clothing shop Art: Minecraft. 2009, Mojang AB.
Post a Comment
Read more

The History of Tellaia: The Ancient World 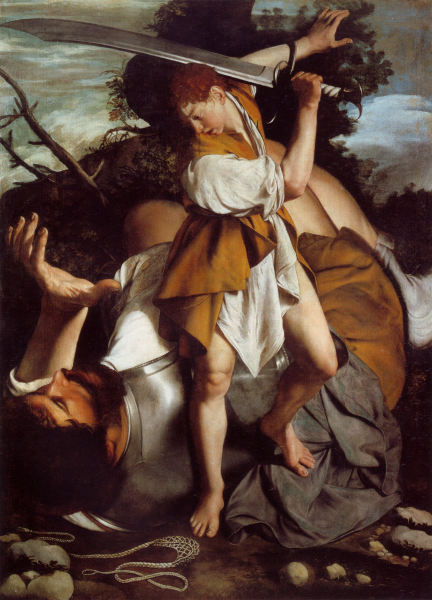 There are no historical accounts of the ancient world. What we know about it comes from poetry, art and oral tradition. After the Hostwar ended, humans gradually spread across all corners of the world. In southern Tirenia, the Akhaioi people started their civilization, and many of the cities there date back to these times. These cities were ruled by hero-kings, and many of the stories of the time are about their exploits. They are still popular subjects of art. The greatest and most famous of these heroes was Ercole, who wandered across Tirenia fighting monsters. Almost everywhere in Tirenia has a local myth about Ercole and his exploits. The early religion was animistic. People believed that there were spirits in natural features of greater or lesser power, and their religious rituals were about appeasing these spirits. In many cases, these beliefs were shaped by interactions with angels, demons and fairies, many of whom were characterized as gods. These pagan beliefs have lar
Post a Comment
Read more

The History of Tellaia: The Creation of the World 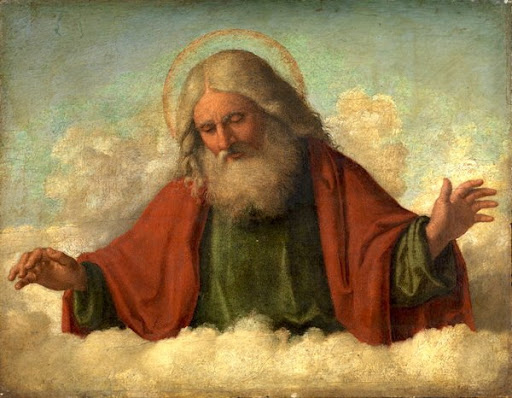 After the ascension of the Prophet, her disciples recorded her words in the Storia. This is the story of the creation of the world. Others may tell it differently. According to the Storia, in the beginning of time there was only the Demiurge, the primal force of creation. It worked upon itself to create the four elements of air, earth, fire and water, and then worked upon the elements to create the world, Tellaia, and all things upon it. In doing so, aspects of itself awoke, creating all living things. Those closest to the Demiurge were known as the Host, and had the greatest power, while those upon Tellaia itself were the most remote from the Demiurge and became witless beasts and unthinking plants. The Demiurge now defined itself in contrast to all the living things that it had created, and in doing so became personified as the Divine One, all-knowing and all-powerful. The Supreme One gathered the Host and brought them to Tellaia before departing, and the Host wondered at th
Post a Comment
Read more 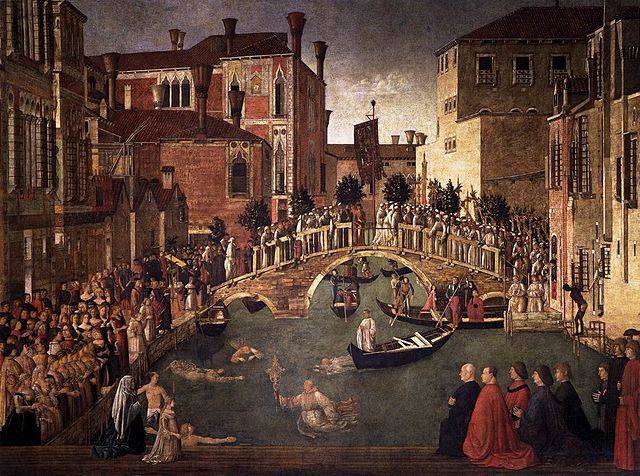 Vanzenia was founded at the fall of the Aurumian Empire. As orcs and other monsters began to encroach upon the edges of Tirenia, one group of refugees moved into the Vanzenian lagoon and established a new settlement upon the islands there.This made them safe from the worst of the war on the mainland, but it could not protect them from the air. The Vanzenians were terrorised by Excidius, a red dragon, who demanded tribute from them. They were saved by San Teodoro, one of the disciples of the Prophet. He killed Excidius, and then brought the holy word to the people of the lagoon. In the years that passed, Vanzenia grew rich and powerful. Its isolation from the wars of the mainland meant that it could maintain its neutrality. Its people sank posts into the lagoon and extended their great city out over the water. making a thousand artificial islands divided by canals. Its ships traveled across the Middle Sea and established trading connections everywhere. The city grew rich selling salt,
Post a Comment
Read more 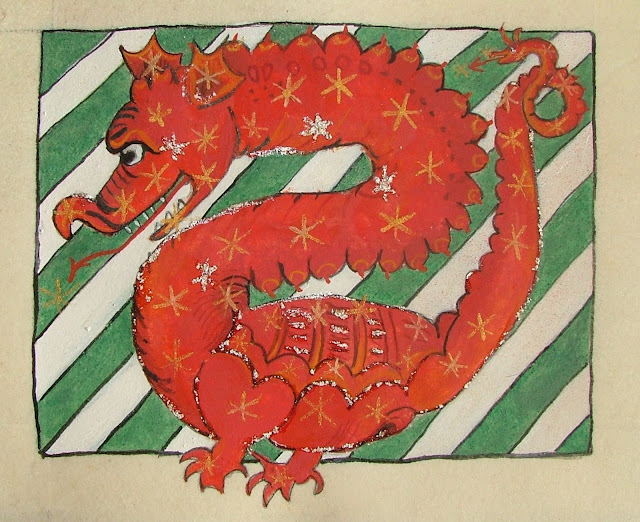 I've decided to start writing a series of short articles about Tirenia, the world of Dragon Princes. They may be related to our game, or they may be about the wider world. Please request topics that you want me to write about: otherwise, I'll just see where the spirit takes me. For today, let's have something about the dragons of Vanzenia! The red dragons have ruled over Vanzenia for hundreds of years, although it is only within the last century that they have revealed themselves to humanity. Now they rule the city with an iron grip, and are slowly expanding their rule to more and more of the world. There are many broods of red dragons, but the 'ruling family' is Morignus, the lord of Vanzenia, and his three horrible children. Morignus is the oldest living dragon in the world. His sire, Excidius, fought against the Prophet Yesha, and was killed by Santo Teodoro, the patron saint of Vanzenia. Morignus was only a young dragon at the time, but he escaped and sw
Post a Comment
Read more 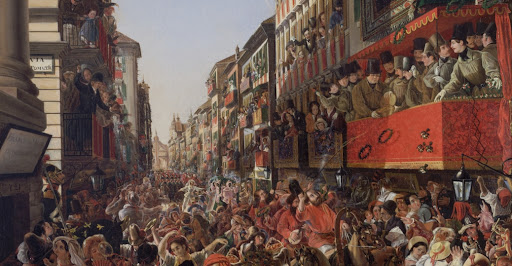 The water in the canal churned as Ca'Benicio sank under the surface. The surviving members of House Benicio, afloat on Chiara's floating bed, were pushed to one side of the canal. Exhausted, they clambered up on to the pavement. But they were not out of danger yet. Crossbow bolts narrowly missed them as one group of killers made their way across the canal on a boat, but the darkness and the heaving of the water made it impossible for them to aim. Meanwhile, another group of assassins rushed out of a nearby house to attack. Chiara looked around and noticed a small barge for transporting goods, moored only a small way down the canal. It would be large enough for everyone to ride on, and the few crates and the tarpaulin on it could serve as rudimentary cover. She directed the others towards it, while she, Stefano and Naso engaged the assassins coming for them. Stefano shattered one's skull with his hammer, while the dog sprang at the other two and knocked them into the canal
Post a Comment
Read more

Paolo and the Hidden Noise Adrianna's player has decided to write a series of short vignettes about her childhood and her relationship with her mentor Paolo. Here's the first one: Paolo and the Hidden Noise ! Paolo glared at the map in front of him, his eyes darting to and fro as he took in the city. He needed to set up another safe spot from those bastard Dragons. They had caught Fulvio and his body had been displayed close to the safe house which he protected. Paolo had managed to evacuate, however he now had too many close to the orphanage and he did not want to draw attention to the children. They could not go close to the main land as the gates were being watched and Paolo had not paid off enough of the so called guards to sneak out some of his men to raise support in the underworld of other cities. He sighed and rubbed a hand over his weary face where he heard it, a small scratch against wood. His body tensed as his keen eyes took in the room. His men had left ten minutes ago, aft
Post a Comment
Read more
More posts