Showing posts from November, 2019
Show All

The Marble Quarries of Camarma 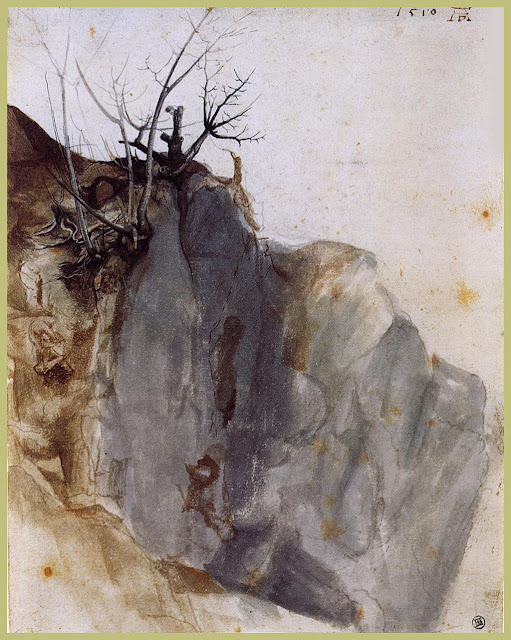 In north-western Tirena, about half way between Fiumenze and Staglia, the White Mountains run near to the coastline. This area is Valluna, the Valley of the Moon. It has been inhabited for a very long time by an animistic people who worshipped the ebb and flow of natural energies with the waxing and waning of the moon. The Auromian Empire built the city of Camarma, as well as many fortifications to pacify Valluna and the surrounding areas. However, much of historic Camarma was destroyed by orcs during the fall of the Empire. The town was rebuilt further inland, using marble scavenged from the old ruins. Since then, its location means it has been contested between the bronze dragons of Staglia, the blue dragons of Fiumenze and the silver dragons of Medilano. It is currently under the control of the Malafulmina family, a lesser branch of blue dragons, who have built a new palace here. This area is the only place in northern Tirenia where marble can be mined. There are hundreds of diffe
Post a Comment
Read more

The Ruins of Auromia - Session Two: The Song of the Harpy Queen 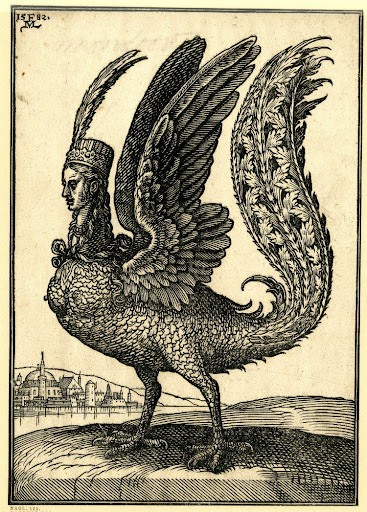 Valentino returned to Accluso, Dova, Ilaria and Noke later that afternoon, with a sack containing the few Auromian artifacts that he had available. He showed them to an interested Dova: there was an ancient scroll that looked about ready to fall apart at a moment's notice; a small decorated jar and a curved wooden stick that the scholar recognised as an oil jar and strigil; a good luck amulet in the shape of a flying phallus; a repaired Auromian centurion's helmet with an impressive golden horsehair plume; a small collection of antique coins. After some haggling, Accluso and Dova bought burial insurance, Dova bought the scroll without being able to ascertain its contents, and Noke bought the phallic amulet and the strigil. As they left the Cigno , the group were accosted by a number of rough-looking men. Accluso and Noke were ready for violence, but the leader of the ruffians held out his open hands to show that he came in peace. He was from Vittoria, the bandit chieftain wh
Post a Comment
Read more 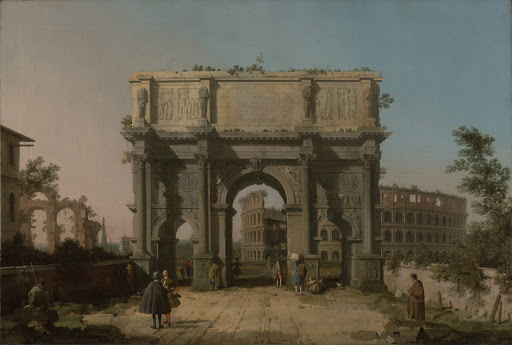 Auromia has been an important city for thousands of years. During its time as the heart of the Auromian Empire and the Salvationist Church, it has been enriched. There are many famous monuments, arches, pillars, churches, temples, and other beautiful buildings. Most of these are now in ruins. Here are some of the most famous buildings of this historic city: The Golden House  - This immense complex was the Imperial Palace, as well as the administrative and religious centre of the entire Auromian Empire. After the death of the last Gold Emperor, the palace was looted, before being ceremonially destroyed by the Church. Its ruins were left intact as a sign of the transfer of power. The Seven Palaces -  The oldest members of the Imperial Family each had a symbolic religious role, based upon the old pagan deities. Each one had their own compound upon a different hill in the city, from which they commanded their orders of knights. Upon the fall of the Empire, most of these palaces remaine
Post a Comment
Read more

The great teeming city of Kymaiopoli sat upon the western shore of southern Tirenia, in the shadow of Muntagna Flegree. It was there, one hot day in midsummer, that a small group of people gathered in the upstairs room of a taverna that need not be named for a curious purpose. The first of those gathered was a nameless merchant-man, whose Sahelian heritage was clear from his dusky skin and gentle accent. He had set out the posters around town looking for those who possessed an unusual skill-set and were willing to undergo considerable risk on his behalf for great remuneration. He had paid for the room, and for the refreshments: seasonal fruit, cheeses, and the local flatbread baked with olive oil, with sweet golden wine to drink. The others present had come to answer his advertisement, and were stranger still. There was a dirty-looking young man with only one arm, with a name in an unrecognizable foreign language. "Nico?" asked another, stumbling over the unfamiliar name.
Post a Comment
Read more
More posts